Breaking News
Home / Musics & News / Kayah Bu has come back to expresses gratitude to his fans after winning the A.A.award

Kayah Bu has come back to expresses gratitude to his fans after winning the A.A.award

Canada qualifies for the World Cup thanks to the efforts of John Herdman, an English manager.

Following a tripple award-winning night at the 2021 A.A award, Ghanian musician Kayah Bu, also known as the crocodile man, thanked his fans for their support. “We Go Make Am” Hitmaker was one of the event’s greatest victors, taking home three prizes, including Traditional Artist of the Year, Traditional Vocalist of the Year, and the Ultimate Prize. It is the first time in the history of the upper east music awards that a musician has been honored with a brand new car, and Kayabu was quite fortunate to receive it. He promised to never take his fans’ love and support for granted, saying that it is because of their backing that he has been able to achieve success and that he will continue to work hard to make them proud. See photos: 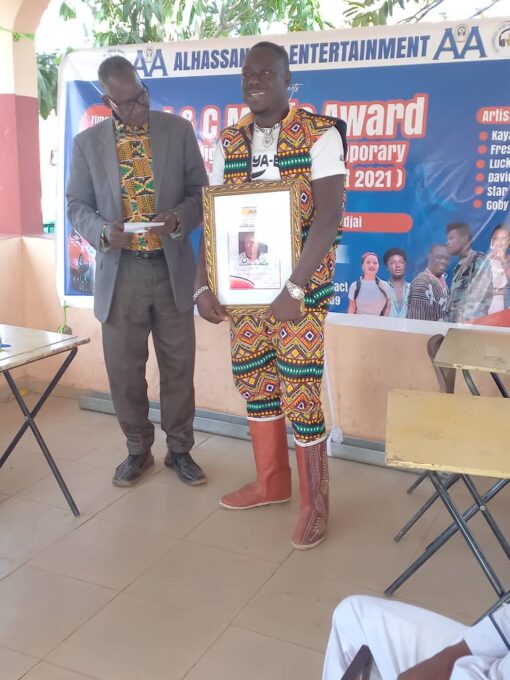 Certificate Of Honour Solidheadlines.com gets many trending stories for you.
After award back Bu Come expresses fans gratitude has his Kayah the A.A to winning 2022-03-11
Six Stones
Share

Tags After award back Bu Come expresses fans gratitude has his Kayah the A.A to winning