Biography Of Doris Opata A.K.A. Ohenbaa Doris Who Grabbed Gospel Artist Of The Year 2022 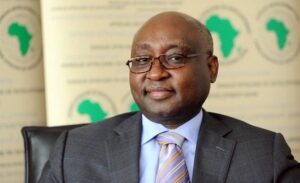 Former President of the African Development Bank Group (AfDB), Donald P. Kaberuka believes that Ghana has competent Vice President in the person of Dr. Mahamudu Bawumia, describing him as a complex problem solver.

According to him, the Vice President contribution to the development of African Development Bank cannot be failed to notice.

“I was privilege to lead for 10 years at the institution but with the help of Vice President Bawumia…Thank you Sir for what you did in African Development Bank. I don’t want to flatter my brother here, he does not like flattering. I recalled when he joined us he was coming from Oxford (University) and I spoke with him and I realized that this was young man with a huge potential to help me solve one of the biggest problems I had in one of the countries on the continent.[irp]

“We needed someone with the combination of highly technical skills with a very good political insight and a sense of where one could set things strategically and I appointed hm to that position. I tell you, he did not disappoint.

The AfDB boss appointed Dr Bawumia as country Representative for Zimbabwe where he was able to stabilise the running inflation in the Southern African country.

“In fact when he announced he was moving on for what is doing now, I was one of those who were very reluctant, but now seeing what you’ve done for your country, Ghana. I think we’ve made the right decision to let you go,”.

The seventh elected President of African Development Bank was recalling some of the achievements and successes chalked by the bank with the help of Dr. Bawumia when the bank had a serious problem at the launch of the much touted Pan-African Payment and Settlement Systems (PAPSS) which has been rolled out among all central banks in Africa on Thursday January 13, 2022 in Accra.

The system which is expected to serve as a payment mechanism for transactions on the continent will save African businesses about $5 billion annually in cost of transactions.

PAPSS will facilitate and help drive the enormous growth in intra-African trade, resulting from the African Continental Free Trade Area’s creation of a single market throughout Africa.

It will also facilitate the payment, clearing and settlement system for intra-African trade; simplify intra-regional transactions; and reduce the cost, duration and time variability of cross-border payments.

“As a development bank for the continent, we are proud of the success story for this journey today and hope that it will benefit all Africans.”

“The new payment system is critical to our quest to boost intra African trade and reduce cost of doing business for Africans which has been an impediment for some time now” he noted.

Taking his turn to address the gathering, Vice President Bawumia highlights the importance for all Central Banks on the continent to switch to the system.

He said “It will be prudent for all Central Banks to allow their national switches to be linked to the system so that we don’t have to go in for individual banks to be hooked”,

Giving details of the system, the Chief Executive of PAPSS, Mike Ogbalu, said.

“The system we have built is an infrastructure that will require third party interactions, so we may need even mobile money agents and other payment channels. By this way, traders can transact without necessary going to the banks when they need to send cash to other countries.”

The system has already been installe installed by all six Central Banks in the West African Monetary Zone including Ghana and it is believed will reduce the cost of doing business on the continent significantly.