Exactly seven (7) years from now, Donald Sowah who holds a showbiz name IMMORTAL began his Dancehall journey.
Dancehall over the years has tasted a lot of phantom names in the industry. The domination of this genre of music  nearly retired other of genre of music in Ghana which includes Hip life ,highlife etc.
IMMORTAL who ensue to supersede this genre has contributed greatly in the stability of Dancehall in Ghana.
His style of doing Dancehall is soo unique and incomparable that ,your soul and ears cannot turn the offer down when given the opportunity to listen and enjoy his dancehall rhythms.
IMMORTAL who shot to fame with one of his mammoth song (Maabena) last year is About to released his New single (PAPAYE) on the 15th December 2016.
Immortal is urging his fans both home and abroad to keep supporting and enjoying his music and he promise them good tunes always 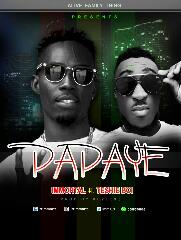